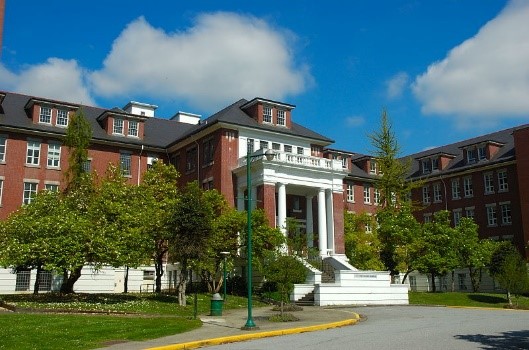 Understanding Coquitlam's distinctiveness as an emerging regional focal point, its history of governance and the institutions found within its city boundaries is significant in addressing the city's civic future. As the centre of the Tri-Cities area, Coquitlam's systems, institutions and human relationships are, and will be, instrumental in creating an important central place within the wider region.

Indian reserves, established by the Colonial government after B.C. became a colony in 1858, had severe impacts on local Indigenous communities’ land use, rights and access. Coquitlam Reserves #1, the ancient village site of slakəya'nc and #2, setłama'kmən, located on the Coquitlam River within city boundaries and allocated to the Kwikwetlem First Nation, are small areas of land within the larger territory within which Kwikwetlem have resided and provided stewardship since before remembered time.

Today’s city had its beginnings as the Corporation of the District of Coquitlam, incorporated in 1891 as an outgrowth of Westminster Junction, a sparsely populated community on the Fraser River. The independent Corporation of the District of Fraser Mills was incorporated in 1913, a 390-acre company town along the Fraser River, the same year Westminster Junction ceded to become Port Coquitlam. In 1971, Fraser Mills and Coquitlam amalgamated, incorporating as one city in 1992.

While Maillardville emerged early as the city's civic core, the need for representation throughout the larger city resulted in an active decision in the 1970s and 80s to shift Coquitlam's commerce and administrative hub to a more centralized location. Coquitlam’s Regional Town Centre, with a central location providing a diversity of retail, office, cultural, recreational and educational services, benefits from a centralized transportation system at a regional scale, making it one of eight designated Regional Town Centres under Metro Vancouver’s Regional Growth Strategy. It is becoming the new heart of the city.

Provincial government institutions also reflect Coquitlam's regional significance. A prime example is the Riverview Lands, known traditionally by the Kwikwetlem First Nation as smu’q wa ala, the Place of the Great Blue Heron, which housed thousands of psychiatric patients over more than one hundred years and is now a significant heritage site and public green space within the city’s borders. The agricultural component of the institution is now Colony Farm Regional Park, located alongside the provincial Forensic Psychiatric Institute. Coquitlam is home to a more recent and unique post-disaster oriented building, the Ministry of Transportation and Infrastructure's Transportation Management Office.

School District No. 43 supports 32,000 students in a system of 59 elementary, middle and secondary schools, each with its own personality representative of its students, staff, and community. Douglas College, the largest public degree-granting college institution in B.C., is located in the City Centre.

Health and Spiritual Places and Institutions

Coquitlam's heritage, including built, natural and intangible heritage, artifacts and documentation is considered critical to understanding the city's past and contributing to its present and future. The City of Coquitlam Archives, Coquitlam Heritage and other cultural and heritage institutions support heritage as a foundational part of the city.