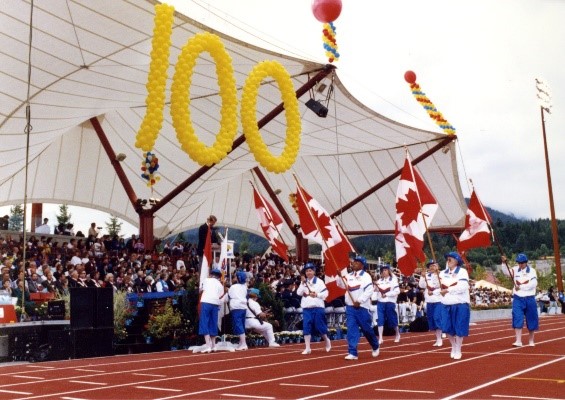 An active community and sense of belonging are significant aspects of Coquitlam, with community support, social and cultural institutions, nature, outdoor activity, the arts and local events playing major roles in city life and community well-being.

Kwikwetlem First Nation cultural practices, artifacts and cultural identities have been inherent in the region over millenniums, creating a diverse material and spiritual culture.

Settlers and and newcomers brought their own traditions. Immigrant and marginalized groups established themselves in the community represented by Chinese Canadian market gardens, restaurants and shops, the Sikh community's gurdwara at Fraser Mills with lumber provided by the company, while Francophone community and culture continue to thrive in Maillardville.

Churches of all faiths formed an integral part of the social fabric of early Coquitlam. Apart from fulfilling the spiritual needs of the residents, much of their socializing revolved around the church, in the absence of community centres and other recreational facilities. Dances and craft fairs took place at the Agricultural Hall.

The Natural Outdoors as a Social Connection

Social and community life in Coquitlam encompasses outdoor activity and culture that has long been a part of everyday life. The network of recreational trails throughout the city provides opportunities for trail walks and Burke and Eagle mountains are popular for mountain biking and hiking, including the challenging Coquitlam Crunch. The Trans Canada Trail follows LaFarge Lake along city greenways, while Terry Fox's favourite training route helps memorialize his accomplishments.

A variety of recreational, cultural and civic institutions are part of the fabric of Coquitlam. Long a Coquitlam landmark, the Vancouver Golf Club opened in 1911, becoming one of the finest championship courses in the nation. Operational until 1990, the Westwood Racing Circuit opened on the Westwood Plateau in 1959, an area then far removed from the region’s population centres. Mountain recreation is emphasized by Burke Mountain Ski Resorts ski lodge and rope tow operation on Coquitlam mountain during the late 1960s. This ski culture was represented by more than 100 family-held ski cabin leases on the mountain. Today, the mountain slopes are crossed by an extensive network of mountain biking trails.

Significant sporting events have taken place in Coquitlam. The B.C. Summer Games were held in the city in 1991, while the torch relay for the 2010 Olympics featured Coquitlam residents as torch bearers. The city's large community sports program, including soccer, lacrosse, track, softball and baseball, is significant from not only a recreational perspective but as part of the city's identity.

Other annual events of note include the Highland Games, Teddy Bear Picnic, Kaleidoscope Festival, Lights at Lafarge, Coquitlam Crunch, Terry Fox training route and the Man in Motion Tour (Thermal Drive), as well as ongoing features such as casino performances and the city's international food scene.